What are the types of Chinese visas and who are they issued to?

(1) Tourist visa (L): for foreign citizens who come to China for a short visit, for the purposes of tourism, visiting relatives or other private affairs.

(2) Visit visa (F): for foreign nationals who are invited to China to visit, take a study tour, lecture, business, scientific and cultural exchange, further study or internship. This visa is valid for six months only.

(3) Study visa (X): for foreign citizens who intend to stay in China for more than 6 months, to further their training or undertake an internship.

(4) Work visa (Z): for foreign citizens who come to China with spouse and/or minor children, for work, commercial performance or academic exchange.

(5) Transit visa (G): for foreign citizens who are transiting through China to reach a further destination, those who need to stay in the airport for more than 24 hours, or those who intend leaving the airport.

(7) Journalist visa (J): There are two types of visas in this category, J-1 and J-2. The J-1 visa is for foreign journalists who wish to permanently move to China, and also covers their accompanying family. The J-2 visa, on the other hand, is for journalists who are visiting the country temporarily, to cover news events.

(8) Settlement visa (D): issued to foreign citizens who have been approved to settle in the country.

The Chinese visa authority decides what kind of visa to issue according to the relevant laws, the applicant’s identity, the purpose of coming to China, and the type of passport.

What information is on the Chinese visa?

Number of Entries – How many times you are allowed to visit China, during the validity period of your visa. A visa is considered invalid if you exceed the number of allowed entries or if the visa itself has expired. If you need to re-enter China but your visa is invalid, you will need to apply for a new one. Please do note that China refuses entry to anyone trying to enter the country on an invalid visa.

Period of Stay – In the case of multiple-entry visas, you will note the allowed duration of stay of each and every visit – the maximum number of days you are allowed to stay in Chin, every time you visit. If a visa-holder stays longer than the permitted period of stay without going through the relevant extension procedures, they will be in the country illegally, and will be subject to penalties (including possible deportation) and steep fines. Should you need to stay longer than allowed on the specific visa you have been granted, you must apply for an extension ahead of time. But beware that there is no guarantee this extension will be granted by the local Public Security Authorities, so make sure you still have plenty of time left on your visa in case your extension is rejected. It should also be noted that you can only request a visa extension from within China – no Chinese Embassy abroad will handle this request. 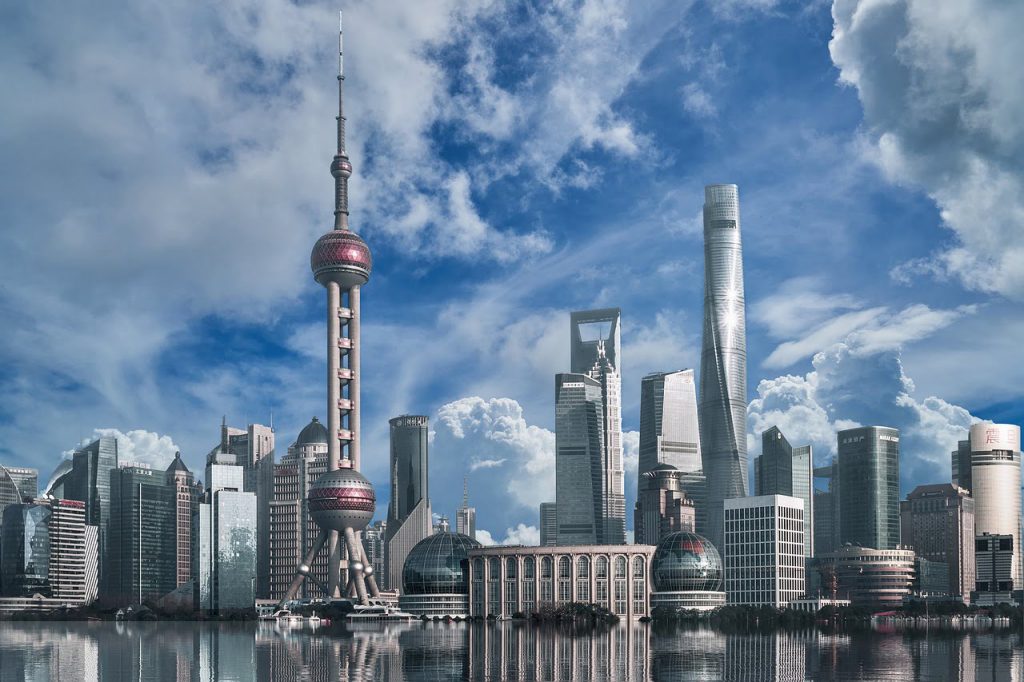 Under what circumstances can foreign citizens go to China without a visa?

A: Foreign citizens who come to China under one of the following circumstances are exempt from visa application.

(2) Direct transit. Foreign nationals with booked airline tickets can be exempted from visa application if they are in direct transit from China on international flights and stay in the transit city for not more than 24 hours without leaving the airport.

Citizens of the following countries are exempted from visa application if they stay in transit in Shanghai (out of the airport, but must enter or leave from Shanghai Hongqiao or Pudong Airport) for no more than 48 hours:

(4) Those who hold a valid permanent residence permit.

(5) Those who hold a valid APEC Business Travel Card (which is equivalent to a three-year multiple-entry visa) may enter and leave China several times as long as the card, and their passport, are valid. Every stay in the country, however, is limited to two months.

(6) Those traveling to the Pearl River Delta and Hainan Island.

1, Foreign nationals holding ordinary passports of countries that have established diplomatic relations with China, and have been in Hong Kong, Macao, by the legally registered travel agencies in Hong Kong, Macao, organized tours into the Pearl River Delta region of Guangdong (and several cities under their jurisdictions), and stay no more than 6 days, can be exempt from visa.

Singapore, Brunei, Japan, ordinary passport holders of citizens of the three countries, to travel to mainland China, business, visiting friends and relatives or transit not more than 15 days, from China’s open ports of entry for foreigners, can be exempt from visa. However, the following cases require a visa in advance.

C. How should foreign citizens apply for visas to visit mainland China and Hong Kong at the same time?

The Hong Kong SAR of China may implement its own independent immigration control,in accordance with laws of this special administrative region. Therefore, foreign nationals visiting mainland China and HKSAR at the same time, except in the case of visa exemption, are required to obtain a visa to Hong Kong and a visa to China in advance.

D. Where can I find our more on China visas and get a visa application form?

For more information on Chinese visas, please visit https://visaexpress.com/visa-for-china-from-us/.
Visa application forms can be obtained from Chinese embassies and consulates or downloaded directly from the China Consular Service website. 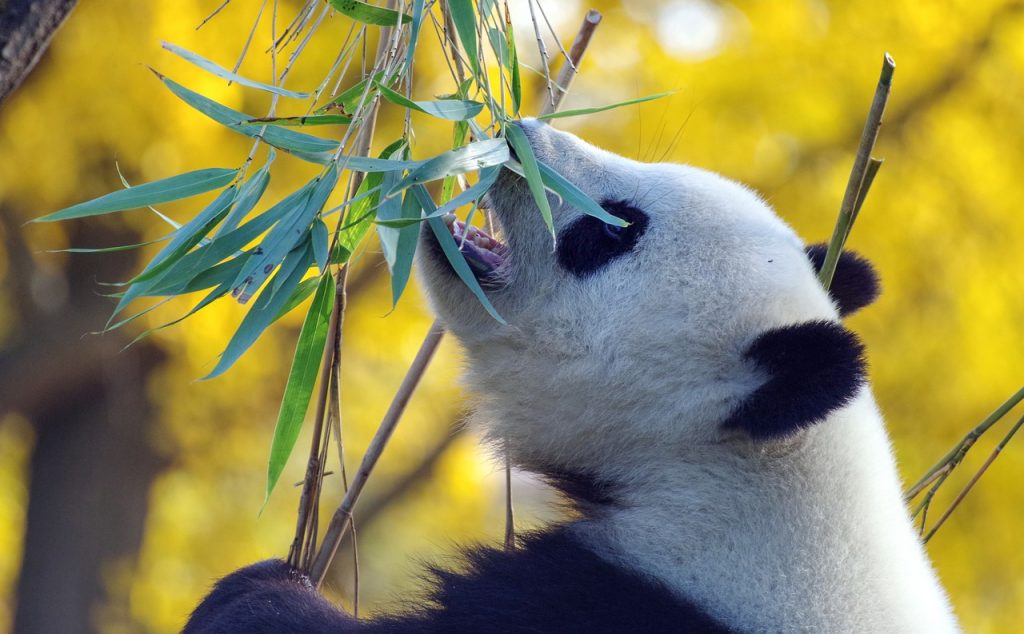 What should I do if I need a last-minute Chinese visa?

Visa applications must be submitted in advance to Chinese embassies, consulates and approved consular offices abroad (including their offices in Hong Kong and Macau). Applicants should ensure they have plenty of time to apply before they need to travel.

If there is no special circumstance, and no way to apply in advance, you may apply to one of the above-mentioned institutions during your transit to China. If you are in luck, the visa might just be issued by the time you land in China.

Foreigners holding “invitation letter” or “invitation confirmation letter” from authorized domestic units in China, and holding ordinary passports of countries with which China has diplomatic relations or official trade relations, can also apply for visas from the visa authorities at the ports authorized by the Ministry of Public Security. Last-minute visas may be issues if you need to visit China, at the last minute, for the following reasons:

(A) You’ve been invited to visit China by a Chinese firm, to partake in a trade fair;

(B) You’ve been invited to China to partake in a bid or to formally sign a business contract;

(C) You have been appointed to monitor and inspect an export/import commodity deal, or to accept a signed contract;

(D) You have been invited to China to make repairs or install specific equipment;

(E) You have been invested to China, at the request of a Chinese counterpart, to resolve a claim;

(F) You have been invited to China to offer technical or scientific advice;

(G) invited to China after the group has completed the visa, the Chinese side agreed to a temporary change

(H) You are direct transit personnel and, due to reasons beyond your control, are unable to leave the country within 24 hours dure to transport failures;

(I) Unless specifically invited to China, as per the reasons stated above, visa authorities at the port of entry are not obliged to accept your visa application.

Moreover, applying for a visa in these circumstances does not guarantee a visa will be issued. Any and all consequences of making a last-minute application are the responsibility of the applicant, not the Chinese authorities.

What should I pay particular attention to, when visiting China?

A: All foreigners visiting China must abide by the country’s laws.

(1) Make sure the visa you have been granted is the one you applied for, and make sure it is valid by the time you enter China. If you are entering after the ‘enter before’ date, or have exhausted your allowed entries, you must apply for a new visa before traveling;

(2) If you intend bringing animals, plants, currency and other restricted items into China, you must comply with the relevant laws pertaining health, quarantine, inspection, customs and duties;

(3) You are not to engage in any activity, in China, that is not related to the travel reason given in your visa application;

(4) Foreign nationals shall not stay in China beyond the period of stay. Once again, pay close attention to the validity of both your passport and your visa. If you need a visa extension, apply for it well in advance of your visa expiry date;

(5) You must apply for a separate permit if you wish to travel to cities/counties that do not allow foreign visitors;

(f) Anyone found trying to enter China (or in the country) under the following conditions will be denied entry, and may also face further fines and penalties:

In the last 6+ months, the number of foreigners entering China has been reduced to a trickle. Luckily, we’ve partnered up with a reputable agency that’s providing PU Letters and Visas. Check it out here!

David is China by Teaching’s chief contributor. When not offering sage advice about teaching in China, David is a headmaster of a Bilingual kindergarten in Beijing. David is a lover of craft beers, book clubs and super long road trips.

Previous Article Basic Mandarin Phrases for Daily Life in China
Next Article What is a Chinese PU Letter and How Do I Get One? 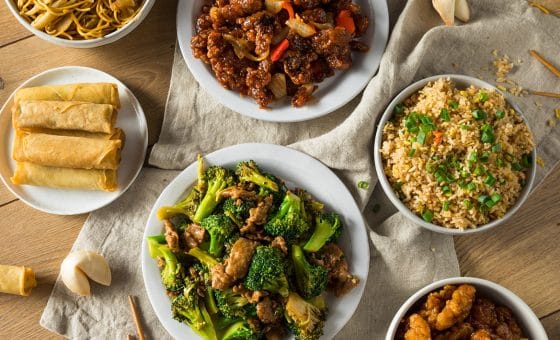 What is the cost of living for teachers in China?

Subscribe to our newsletter with the latest jobs and blogs.

Search whole China by Teaching for the latest jobs available.